You need to accept cookies to use this functionality.
#Glass #PET #Can #Filling

Krones, in all its work on upgrades and design enhancements, focuses not only on the main machines but also pays due attention to the peripherals involved, as demonstrated by the latest version of the Accuflow buffer system. Its Accuflow Pro variant excels in terms of particularly gentle container handling. And how does it provide that? By an intelligent combination of individual modules from the field-proven Accuflow kit and SynCo container conveyors.

At the transition from the conveyor to the buffering section, Krones uses a reversible free-flow conveyor that overlaps the back-up conveyor, thus preventing the containers from shaking or even falling over when passing from one conveyor to the next. The free-flow conveyor is installed at an angle of 90 degrees to the infeed. This change of direction – in conjunction with conveyors running at different speeds in the buffering section – ensures that the containers are distributed evenly over the entire width of the accumulation table, thus  minimising backpressure within the container flow, which in its turn helps to avoid damage and scratching. If production stops and the Accuflow Pro’s buffering capacity is needed, the containers will have already been spaced out on the buffering section to such an extent that they only exert a low back-up pressure on each other when touching. The result is a reduced risk of bottles falling over, being damaged in the back-up, or even breaking. 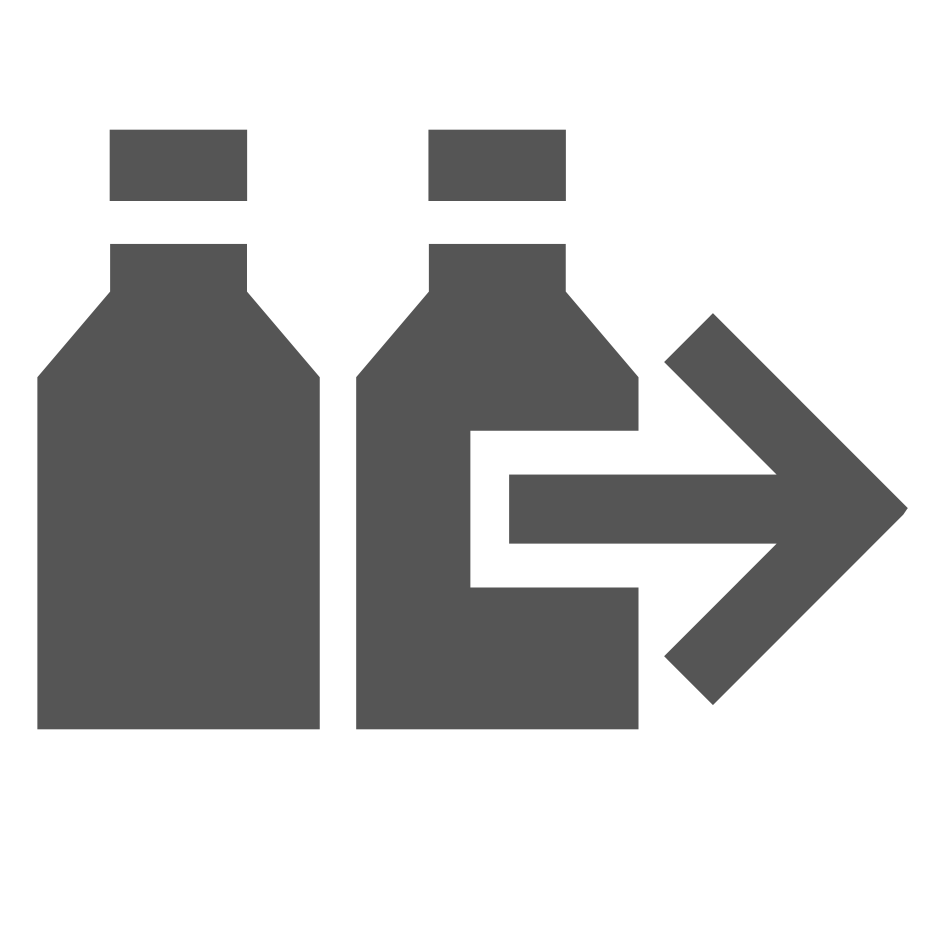 With the Accuflow Pro, containers can be spaced out and buffered gently.

Suitable for all container types in common use

Ideally, the Accuflow Pro is integrated downstream of the filler because all round container types in common use (PET, glass, and cans) can be handled when full. After they have been passed over the accumulation table, the containers can be fed into the labeller via an Inliner or into the packer via a bulk conveyor. So as to ensure reliable operation, Krones uses multibody simulations in the planning phase, based on the type of container to be handled on the Accuflow later on.

As far as its integration in a line is concerned, the Accuflow Pro likewise proves to be very flexible: whereas the infeed is at a 90-degree angle, the discharge conveyor can be either linear or turned by up to 180 degrees. Not only does this provide highly flexible layout options for new lines, it also facilitates a retrofit job in an existing line. Then when it’s up and running, the container buffer boasts operational economy: it contains the long-lived standard components of the tried-and-tested modularised SynCo kit, first and foremost energy-saving, high-performance SEW Movigear PM motors (now even available in an IE5 version as Movigear C) that excel in terms of high efficiency levels and particularly low energy consumption.