You need to accept cookies to use this functionality.
#Beer #Glass #Brewing #Packaging #Europe

Regensburg's Bischofshof brewery has been successful on the highly competitive beer market for hundreds of years thanks in part to a forward-looking strategy that combines the tradition of artisanal brewing with state-of-the-art technology. Now, the long-established company has invested in a new dry end from Krones.

The Bischofshof brewery in Regensburg has been making beer for more than 370 years. In 1649, then-Prince-Bishop Wilhelm Graf von Wartenberg established the brewery directly adjacent to the city's iconic St. Peter's Cathedral.

At the start of the 20th century, a lack of space and the risk of fire so close to the cathedral prompted the brewery's move outside the city center to its current location in the Margaretenau district. Besides the Bischofshof beers, the location has since 1973 also been filling the beers produced by the world's oldest monastic brewery, Weltenburger Klosterbrauerei.

"The Bischofshof brewery has not only undergone but driven constant change over the centuries – from societal transformation right through to the production of its beers. This openness allowed the brewery to embrace and implement innovation while at the same time maintaining tradition. And that is exactly what safeguards a company's future," says Susanne Horn, the brewery's managing director, of Bischofshof's path into the 21st century. "It helps that we make one of the best products ever: beer."

To ensure that the brewery's dry end operations are also fit for the future, Bischofshof’s leadership decided in 2021 to purchase some new equipment from Krones: a palletizer and a depalletizer, both from the Modulpal Pro 3A, series, pack conveyors, and one each of the Smartpac unpacker and packer.

One of the main reasons for the new machinery is that the new systems allow Bischofshof to process 10- and 11-bottle carriers  . "Previously, we packed everything into 20-bottle crates and then repacked them by hand. Now we're able to operate much more efficiently and cost-effectively," says a gratified Darko Zimmer, the brewery's technical director.

Choosing Krones was easy: "We decided to go with the dry end from Krones because we've seen the technological advances that Krones has made and because we appreciate doing business locally and keeping transport distances short. And of course, because they offered great value for money," explains Darko Zimmer.

Although Bischofshof only uses five different beer carriers as packaging variants, the overall complexity of production is higher. That's because the brewery not only fills the Bischofshof and Weltenburger brands but also does contract filling for partners in the region. For domestic sales, Bischofshof exclusively uses returnable glass bottles. But exports are filled into new glass, which is where the Smartpac packer and unpacker can really shine: With its pick-and-place   operation and a wide range of gripper heads, it can handle a huge array of different containers and secondary packaging.

But the complexity didn't only come from the many brands. The timeline for installing and commissioning the new equipment was also challenging. The existing machines had to be removed from the hall and the new dry end brought in within just three weeks' time. "It was a short window for the project but a very long one from our perspective because we couldn't fill or package any beer during that time," explains Darko Zimmer. "So, we ran at full capacity all through January, as if it were peak season, to make up for those three weeks."

It was imperative that we stick precisely to the schedule. And we did, right down to the day. 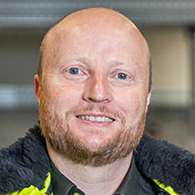