You need to accept cookies to use this functionality.
#Beer #Can #Packaging #Sustainability

Replacing plastic with paperboard: Cans of Mahou, Alhambra and San Miguel brand beer have since late 2021 been held in stable packs with paperboard clips instead of plastic rings. Given an output of 50,000 cans per hour, which translates to an annual production volume of 213 million cans, that clearly provides ecological benefits.

Saving valuable resources and protecting our natural environment are key priorities for many people right now. According to a pan-European survey conducted by the UK-based opinion pollsters YouGov, 60 per cent of Spanish shoppers make sustainability their guiding principle, ranking Spain fourth behind Turkey, Italy and France.

The Spanish brewing giant Mahou San Miguel has also dedicated its efforts to ensuring sustainability and to this end formulated its strategy “Vamos 2030”, which specifies three targets:

Now what has “Vamos 2030” got to do with lines, systems and technologies from Krones? Quite a lot, actually. “We are resolved to make a contribution towards slowing down climate change by responsible stewardship of natural resources, by reducing the impact of our activities and by using containers and materials that are completely recyclable and do not contain any virgin plastic.” That is how Mahou San Miguel’s strategy puts the group’s ambitions into words. And it’s precisely here that Krones enters the game.

Mahou San Miguel offers an extensive portfolio of Spanish beers and a number of international beers. Cider and mineral water brands like Solán de Cabras round off the company’s product range. The group employs just under 4,000 people working at ten production facilities, of which eight are located in Spain and two in the USA.

The enterprise can look back on over 130 years of history, which began in 1890 with the foundation of “Hijos de Casimiro Mahou” (Sons of Casimiro Mahou), a company producing beer and ice cream.  The beer brand Mahou Cinco Estrellas was launched on the market in 1969 and followed by several more successful beer brands.

2000 saw the merger of Mahou and the large Spanish brewery San Miguel to form the Mahou San Miguel conglomerate. The enterprise purchased further beer brands in order to diversify its product portfolio. Important goals for the future include internationalisation, an increase in the group’s market share in Spain and customer focus.

Seek and you will find

Mahou San Miguel has had a strong partnership with Krones since the 1980s when the brewery purchased a Topmatic labeller. Both the technology and the service provided by the plant manufacturer from Bavaria have scored highly right from the start, and cooperation has since then been expanded incrementally. Today, the majority of the systems and lines operating in the brewing conglomerate are Made by Krones.

When Mahou San Miguel went in search for a sustainable type of packaging, the obvious choice was therefore to contact its long-standing partner. As luck would have it, Krones had just launched a new packaging solution on the market and was on the lookout for a first reference customer. “So that was a perfect match,” says Marc Borreda Benavent, head of the plant in Alovera, beaming.

That was a perfect match. 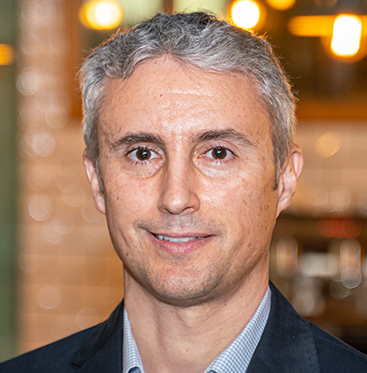 The new packaging solution is called LitePac Top: The sustainable paperboard clips for cans are produced from renewable raw materials and can be completely recycled, thus fitting in perfectly with Mahou San Miguel’s sustainability strategy. Even though the use of packaging material has been rigorously minimised, the clips keep the packs absolutely stable. The packs are also convenient to carry, and detaching a can from them couldn’t be simpler: Just one quick pull and you can take a swig (or two...). Salud!

To speed up the market launch of LitePac Top, the team of developers at Krones made sure the requisite production kit can be perfectly integrated into any customer’s everyday routine. Instead of designing a new type of machine for this innovative packaging variant, LitePac Top has been optimally matched to the field-proven modularised Variopac Pro packer. The big advantage here is this: Field tests are necessary only for the pack itself.

What’s more, the Variopac Pro’s broad handling spectrum offers the requisite flexibility to create a variety of tertiary packaging, with pads, trays or wrap-around cartons, for example. “Customers can order the Variopac Pro fully prepared for handling LitePac Top, so a retrofit can then be implemented at any time,” says Ingo von Maltitz from Krones Packaging Technology. LitePac Top and Variopac Pro – that is exactly the combination chosen by Mahou San Miguel.

LitePac Top offers flexibility not only in regard to tertiary packaging but also as far as materials are concerned. Customers can freely choose the paperboard clip blanks and their vendor. “The fact that we can change them at need was an important criterion for us,” emphasises Marc Borreda Benavent.

Together with Krones, the beer maker launched a pilot project in summer 2021 to test the new packaging solution at its plant in Burgos. Once the pilot was successfully completed, the new machine was relocated to the plant in Alovera. “Installation took around four weeks,” says Iago Barros Vilasanchez, supervisor in Alovera. “It all went without a hitch. Krones’ technology team was always there on site, at our disposal for any questions we had.”

The plant in the Spanish community of Alovera is a factory of superlatives. It is located in Guadalajara Province, about 50 kilometres away from the Spanish capital Madrid. The brewery premises extend over 430,000 square metres. The plant accounts for 50 per cent of Mahou San Miguel’s production and accommodates 13 lines, which fill a total of six million cans and bottles a day. That adds up to seven million hectolitres of beer per year – a figure that puts the factory among the largest beer companies in all of Europe and makes it the biggest in Spain.

The lines at Mahou San Miguel fit both 0.33-litre and 0.5-litre cans with a LitePac Top paperboard clip, creating packs of six or eight cans. “The packs thus formed (also known as secondary packaging) can on the same machine be provided with tertiary packaging in a downstream process step,” explains Ingo von Maltitz. The Variopac Pro installed at Mahou San Miguel offers three alternatives for this: The LitePac Top packs can either be put on a tray or each pack palletised individually. It is also possible to pack individual containers not fitted with a LitePac Top in wrap-around cartons. “Now we’ve got a variety of options for sustainable packaging of our products. Change-overs are performed automatically – no problems there,” says a gratified Iago Barros Vilasanchez. “What’s more, the smart machine control system ensures dependable operation coupled with maximised line availability.”

Since late 2021, up to 50,000 cans per hour of the Mahou, Alhambra and San Miguel brands have been fitted with the new LitePac Top paperboard clip – for happy customers and a grateful environment.

Now we’ve got a variety of sustainable packaging options. Change-overs are performed automatically – no problems there. 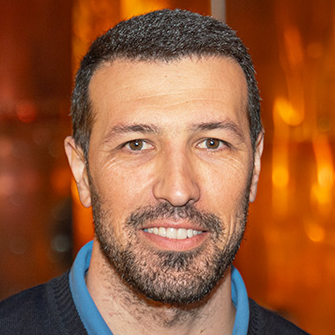