You need to accept cookies to use this functionality.
#Team #MiddleEastAfrica

Shortly before their planned return flight, the three colleagues on the business trip could hardly believe it: The results of their obligatory PCR tests were positive. Instead of flying home, what they had to do instead was quarantine in Ethiopia. And there were strict conditions for the subsequent journey back to Germany as well.

In mid-April some colleagues from Krones and Steinecker went to Ethiopia, where final negotiations on a major brewery project were being held. After nine days and good meetings in Addis Ababa, Henning Feyerabend, Felix Burberg and Johannes Rückerl were due to fly back to Germany. The evening before their return flights, they had to take an obligatory PCR test – but when Johannes Rückerl wanted to collect the three test results the next day, he got a huge surprise: All three were positive. He realised right away: "We're not flying anywhere for the moment."

In the following interview Henning Feyerabend, Felix Burberg and Johannes Rückerl talk about their experiences with the Covid-19 infection, some of which were far from being harmless, and how Krones ultimately flew all three of them back to Germany from Addis Ababa on two specially chartered small planes.

Johannes, you were the first to get the bad news. What did you do then?

J. R.:  The first thing of course was to call my two colleagues. Felix sensibly responded straight away by then phoning Michael Müller, who is responsible for the safety of Krones colleagues on business trips. Together with Med Con, our global medical partner, he immediately set all the other necessary steps in motion. 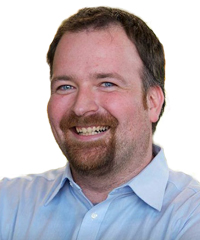 What did you do once you discovered you had to quarantine?

F. B.:  We were allowed to stay in the same hotel for another night, then on the next day the colleagues from the Ethiopian subsidiary booked us into a hotel in Addis Ababa that was specially approved for coronavirus patients. The 15 square metres of the hotel rooms then became our home for the next ten days – and even longer, in the case of Henning and Johannes. 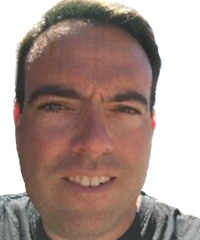 Had you had any idea beforehand that you could have been infected?

H. F.:  The safety and hygiene measures in place there were exactly as we have become accustomed to in Germany: Everyone wore masks in meetings, only those giving the presentations were allowed to take them off. The rooms were well ventilated, masks and social distancing were mandatory when visiting customers, in restaurants and in the hotel, and there were sanitizing stations everywhere. So I would say that the probability of me being infected was no greater than it would have been in Germany.

How did you feel after the diagnosis? Did you have any symptoms?

J. R.: We had already been in Addis for a total of nine days – and after the first couple of days I developed a sore throat, but I think that was due to the amount of talking I was doing, meetings with masks and the high air pollution in the city. Later on my itchy throat was accompanied by a slight temperature, and my nose was blocked up. And then of course there was the physical strain of being alone in a foreign country, "cooped up" in a hotel room, if you like.

H. F.: I was the first of the three of us to develop these typical coronavirus symptoms. The very first night I had a temperature, was shivery and felt very lethargic. This lasted for about four days in total.

F. B.: It hit me the worst of us three. A couple of days after the diagnosis I got a temperature that hovered between 38 and 39 degrees Celsius. And that stayed the case for ten long days. Later on I also lost my appetite, had a dry cough and breathing difficulties. Just going from the bed to the bathroom was exhausting. 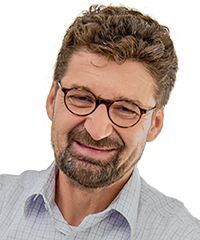 How long did your quarantine in Ethiopia last altogether?

H. F.: Our positive test was on a Thursday – and if everything had gone normally, we would have been able to fly home again on the Sunday, ten days later.

F. B.: By then, though, I still wasn't any better. When I telephoned Michael Müller and our company doctor, Uwe Hott – as I did often during the quarantine period – it became obvious from my health situation that it made sense to let me fly back. Mr Hott then had a local doctor visit me, who examined me and also measured my blood oxygen level. And because this was extremely low, it became clear that I had to return home as quickly as possible.

How did this recall operation go for you, Felix?

F. B.: Med Con immediately investigated the return flight options, and the very next day I was brought back to Germany in a small aircraft operated by Amref Flying Doctors. With two refuelling stops, the flight took ten hours in total – and I spent the entire time lying in a transparent isolation capsule with special air filters. I was given food, drink and thrombosis injections through a sort of enclosed glove system.

Once in Munich, I was sent straight to hospital for my lungs, circulation and blood to be examined. I also got oxygen there, until finally – after four and a half days – I felt well enough to be allowed home. Even then I had to go into domestic quarantine, strictly separated from my family. That doesn't sound particularly nice either, but it was certainly better than staying in my hotel room in Ethiopia. There are no drugs to treat this illness, you see – and I felt more comfortable being under medical supervision in Germany. So I'm extremely happy that Krones took the decision quickly and without any quibbles to let me fly home.

And what about you two, Henning and Johannes?

J. R.: Both of us were free of symptoms again after just a couple of days and did the first PCR tests relatively quickly. The problem is that when you are carrying the virus, you might no longer be infectious after a certain while, but PCR tests can still deliver a positive result six or seven weeks after the infection. Without a negative result, though, the airline will not let you on board.

H. F.: So we continued to sit in quarantine in the hotel room. And it was fine, we were able to work from there – after all, you have to finish the job! But we weren't allowed out. In the end it lasted 16 days – and then Krones decided to fly us out as well, which we were really grateful for. Back in Germany we had to go into quarantine again. When it was clear that we were no longer infectious, though, we were finally allowed home.

On your own all day on 15 square metres – was your time in hotel room quarantine a lonely one, then?

H. F.: Yes and no. Each of us was of course physically on their own, but there were so many people looking after us brilliantly, beginning with the colleagues in Ethiopia, who from the first day in quarantine did everything they could to help us. They contacted doctors, supplied us with medicines and also placed fruit and vegetables outside our room doors – as a welcome change from the daily hotel menu.

F. B.: Medically, too, we were well supported from Germany: Mr Hott called us regularly, and Med Con also got in touch with one or all of us at least once a day. And countless colleagues – all the way up to the Executive Board – kept asking how we were. So we were on our own, but then again not alone.

Looking back, if you had known what was going to happen, would you have still gone on the trip?

H. F.: Let me say quite clearly: Not flying would not have been a solution. We had already been working with a large team for so long on this project, which is really extremely important for Steinecker and Krones. And as a salesman you know that such contracts can only be won in person. The negotiations, the tension, persuading people that you are the right partner – that's not something you can do on Teams, you need to be there. I would do exactly the same thing again.

J. R.: In 2019 I went on more than 40 business trips, in 2020 only five. I was incredibly keen to go there, because I definitely wanted to get that order! I also think that we could have got infected at home as well anyway. That it happened to be on a business trip was not recklessness by any means, I think it was simply bad luck.

Given the experience we had, though, and knowing how quickly serious health complications can occur, I would appeal to everyone: Take care, protect yourself and others and get yourself vaccinated so that we can combat it as well as we can.