Reference
A new brewery for Camden Town Brewery
You need to accept cookies to use this functionality.
#Beer #ProcessTechnology #Brewing #Sustainability #Europe

Julia Leserer
4:40 min.
Krones delivered the complete equipment for a new craft brewery to London. Camden Town Brewery decided in favour of the EquiTherm Brew energy recovery system to save energy in its brewing process.

“I just love our Hells”, says proprietor Jasper Cuppaidge in praise of his favourite beer from the Camden Town Brewery. As the British beer drinkers obviously love the Hells lager just as much, the brewery’s owner was compelled to take action: capacities needed upsizing – and so he opened an entire new brewery.

Only seven years ago, Jasper Cuppaidge was "merely" an enthusiastic beer lover – but then he was seized by a desire to venture into brewing his own beer! There must be something in the genes, since his grandfather once had his own brewery in Australia. It was his grandfather's recipe that Jasper used to brew his very first beer, in the cellar of the pub that he was running at the time. His beer was so well received, that he decided, just one year later, to expand his operations, and, hence, the birth of the Camden Town Brewery. It was named after the London district that has been its home since 1999.

Everything a brewer’s heart could desire

Camden Town Brewery is a veritable showpiece of a craft brewery: “We’re very open here, as you can see from the style we’ve built our new brewery in: people can simply drop by, drink a pint of beer, and watch us at work,” says the proprietor happily – and by the new brewery he means his latest “baby”, opened only two years ago in the neighbouring borough of Enfield.

This is quite something: even from outside, an imposing glass façade provides an excellent view of the brewery’s centrepiece, a gleaming new Steinecker brewhouse – equipped with everything a brewer’s heart could possibly desire (Steinecker Variomill, Steinecker ShakesBeer, Steinecker Pegasus C, Steinecker Stromboli, Steinecker CombiCube F). In addition to the standard brewing kit, Camden Town Brewery also ordered the entire fermentation and storage cellar from Krones and the EquiTherm Brew energy recovery system. “Sustainability is one of our major priorities. We want to produce our beers as energy-saving as possible,” emphasises Jasper, and cites even more reasons why he opted for Krones: “We also attached a lot of importance to the brewhouse’s layout, since of course we want our philosophy to be reflected in the new brewery. Krones proved very receptive to our wishes and ideas, and mapped out the entire project sequence for us in detail. A purely business relationship has evolved into a close friendship – and together we’ve created an incredible brewery.” 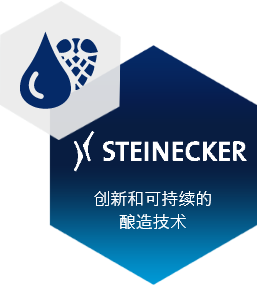 We use the new brewhouse here in Enfield for producing and perfecting our beers. 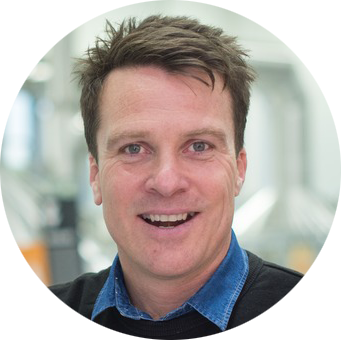 Jasper Cuppaidge takes pride not only in the visual design of his new brewery in Enfield, but also in what he and his team led by Head of Brewing Rob Topham conjure up inside it: “With the new dry-hopping station, we can now produce really beautifully hoppy beers that nonetheless have a low abv – and they sing like they’ve never sung before.”

From the project’s kick-off to the first brew, everything went like clockwork, as the proud proprietor explains: “Lots of things could have gone wrong, of course, but so much worked perfectly. On 1st January, 2017, we were still standing in an empty hall – and just seven months later, we had our complete brewery up and running. Needless to say, we did have a few difficulties here and there, after all who doesn’t? But we had a really fantastic team here on site. The people from Camden Town Brewery and Krones did a brilliant job together to get the brewery operational.” Meanwhile, we no longer see the service technicians from Krones in Enfield that often – but when they do come, it’s a scheduled visit: “About every six weeks, we do some fine-tuning on the kit, so that it runs precisely the way we want it to.”

A purely business relationship has evolved into a close friendship – and together we’ve created an incredible brewery.

You can configure your non-binding quotation in our Krones.shop.