You need to accept cookies to use this functionality.
#Beer #Glass #Filling #Packaging #Europe

In Murau, the sails were set fair for modernisation during the past twelve years – with the brewery investing an impressive 77 million euros in technology, vehicles and marketing. Following the brewhouse and the fermentation and storage cellar, Krones now also supplied the new bottling line for glass containers – and proactively minimised the time required for installation and commissioning.

With a path-breaking upgrade in the beer production process, the tradition-steeped Murau brewery was one of the first in Europe to opt 100 per cent for renewable energy. The next task was to do the same for the bottling operation as well.

For implementation of the new line, they got Krones on board. “Firstly, you see, we had already gained gratifying experience in the brewhouse. And secondly we were impressed by the professionalism that Krones displayed while preparing the project,” said Managing Director Josef Rieberer. “Both all the people, and guided tours of the plants in Neutraubling and Rosenheim, further reinforced this impression: we knew that with Krones we would have a dependable, competent, sophisticated partner at our side.”

A cornucopia of premieres

During the concept phase, it clearly emerged that the Murau brewery’s requirements are ideal for integrating the new Krones Modulfill HES into the line. “The filler is the heart of every line. And there, of course, we wanted to have the most sophisticated technology available on the market,” to quote the Managing Director. In terms of hygiene, particularly, but also of operator-friendliness and space savings, the glass filler scores highly with numerous improvements and new technological features. It incorporates both a crowner and an integrated capping unit for aluminium roll-on closures. “To be honest, at first I didn’t realise that Krones had already included so many prototypes in the new glass filler. I was almost a bit sceptical initially, but looking back I can say: everything is working perfectly, as if they’d all been running for ever – just as you would expect from Krones,” he explains. “We’re rather proud that we’re the first brewers in Central Europe to use this ultra-modern filling technology from Krones.”

And during the further course of the production flow, too, there are numerous new systems at Murau: downstream of the Solomatic, which dresses the containers in neck and body labels, and provides laser date-coding, a Checkmat EM inspects the glass bottles in a 360-degree monitoring routine. In the dry end, the latest generation of the Krones Connected HMI machine visualisation system is used at the Smartpac packer and unpacker plus the Modulpal Pro 3A palletiser. As far as the hardware is concerned, it scores highly in terms of elegant styling and an almost screwless housing, while a full-HD multi-touch screen with an intuitive navigational structure ensures simple operator control. And on the software side, the Connected HMI networks the machines with each other and interfaces them with higher-order IT systems – all this in compliance with the most stringent of IT security standards.

In order to analyse the production data from all the machines in the line, the Murau brewery uses SitePilot Line Diagnostics from Syskron. This software records all data relevant to quality, costs and output, and summarises the results in easy-read dashboards and reports. “We’re using Line Diagnostics for the first time, and I’m really impressed by it. What’s particularly great about it is that it motivates my people in the bottling hall to get the most effective results out of the very latest technology,” is the verdict from Josef Rieberer.

We’re rather proud that we’re the first brewers in Central Europe to use this ultra-modern filling technology from Krones.

Syskron is not the only subsidiary involved in the new line. On the old line, the Murau brewery was already using adhesives and cleaning agents from KIC Krones. Since now, of course, the conveyors were included in the delivery package, the brewery is also deploying the lubricants from the consumables specialist. This means it’s the first plant in Austria to be using three out of the five product categories in KIC Krones' portfolio. “That was very important to me personally,” explains the Managing Director. “Thanks to the efficacious interaction of machinery and chemicals, we have managed to achieve a massive reduction in expendables consumption – which in its turn, of course, fits in perfectly with our corporate strategy.”

After all, the issue of sustainability plays a key role in all of the Murau brewery’s investments. With the new line too, for instance, it was a key stipulation that energy and water consumption had to be minimised, as Josef Rieberer relates: “As far as the water savings are concerned, the line achieves superlative figures: the biggest quantifiable and meaningful figure is the water consumption per hectolitre produced. This used to be 6, but now with the new machines it’s a mere 4.33 hectolitres. That is a sensational figure, one that we had not expected after only five months.” As with the brewhouse, Murau gets the energy from the biomass cogeneration plant. Here, too, for example, the heat exchanger rating has already been substantially downsized.

It’s the people that make the difference

The decision to opt for a single-sourced line paid off in the project’s hot phase at the latest: “Since Krones functioned as a complete-package vendor, we were able to minimise the number of interfaces. This was certainly one of the reasons, too, why we could keep the installation phase extremely short,” to quote Josef Rieberer. 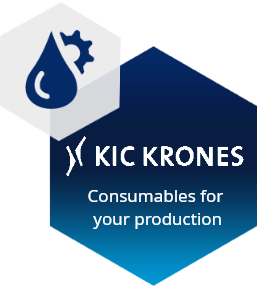 With the new line, the Murau brewery has likewise upsized its bottling capacity from 22,000 to 36,000 glass bottles per hour – and this increase has proved very timely: “In 2019, sales of our flavoured CSDs, in particular, were very high. We don’t know the reason for this, but we’re definitely proud that we’ve got something in our portfolio for our younger customers who have yet to develop a taste for beer,” says a gratified Josef Rieberer. “So of course it was incredibly opportune that thanks to the new bottling line we can now meet this increased demand to optimum effect.”

The new line has been up and running for almost a year now – and Josef Rieberer is full of praise for the collaboration with Krones: “The job was handled throughout in a spirit of mutual understanding, respect and responsive goodwill. After all, a project like this involves more than just the technology: all the staff concerned from Krones understood us at the Murau brewery – and that made implementing the project a whole lot easier, leading very swiftly to successful completion.”