You need to accept cookies to use this functionality.
#Food #Glass #Packaging #Europe

Julia Leserer
8:40 min.
Händlmaier has now for the first time put its trust in a turnkey glass line from Krones for producing its mustards, sauces and dressings.

Take a look at the menu of any Bavarian tavern and you’re sure to see knuckle of pork, Obatzda (a savoury Bavarian cheese spread), and veal sausages with fresh pretzels and sweet homemade mustard. This specialty mustard is produced right in the heart of Bavaria, by Händlmaier in Regensburg.

But Händlmaier’s sweet mustard is also very popular beyond Bavaria’s borders – it’s a genuine export hit. It’s the ideal companion not only to veal sausages, as owner Franz Wunderlich explains with pride: “It’s perfect with veal sausages but also with ‘leberkaese’ (a fine-textured sausage loaf), pretzels or as an ingredient in salad dressings. It conveys a sense of regional, Bavarian spirit. To put it in a nutshell: It’s quite simply unique.”

His pride is not unfounded. Händlmaier is a company with long years of tradition behind it, still using the original recipe from the 1910s when Frank Wunderlich’s great-grandmother developed the sweet mustard and sold it in her butcher shops. “It was actually just an extra offered to complement the meats and sausages on sale,” he says. The butcher shops were sold in the 1960s, but the mustard – and the secret formula for making it – remained with the family. Definitely the right decision as Händlmaier’s soaring sales vividly demonstrate.

Up until the early 1990s, the company produced exclusively this one type of mustard, “right in the heart of Regensburg’s old city centre, made by hand, full female power ahead,” says Wunderlich with a wry grin. Ernestine Flietel was part of the production team back then. She is the last member of the crew who is still working and has been part of the Händlmaier family for 33 years now. She has fond memories of her early days in the company: “At the time, there were about ten or twelve women in our team. We did everything ourselves: mixing and boiling the mustard, filling it into jars and labelling them, right through to loading the goods onto the delivery vehicles. To be honest, it was quite strenuous, especially for us women. But it was a happy time, working in a great, family-like atmosphere. And it’s still the same relaxed atmosphere today.”

In the early 1990s, however, Händlmaier moved away from a purely manual model. The company decided to update and automate its manufacturing processes and invested in production and filling lines. But since the building in the city centre was too small to accommodate the equipment planned, in 1991 Händlmaier moved to premises on the outskirts of Regensburg. And this was when Händlmaier’s success story really picked up speed.

Krones labellers right from the start

The company took Krones on board straight away for its first filling line: “I vividly remember the day when the new facility was inaugurated. The very first labeller was a Krones Universella rated at 160 jars a minute, which is still giving reliable service today,” says Thomas Weber, the Krones executive supporting Händlmaier in this project and the sales area manager responsible for Western Germany and Switzerland. “A second identical Krones labeller rated at 80 containers a minute followed in 2011 for Line 2. Today, this machine handles mainly squeeze bottles, plus one-litre sauce containers for the hospitality industry, and is also used for further specialties.”

“Production capacities have so far simply not permitted us to meet the anticipated demand. That was one of the reasons why we urgently needed a new line.” 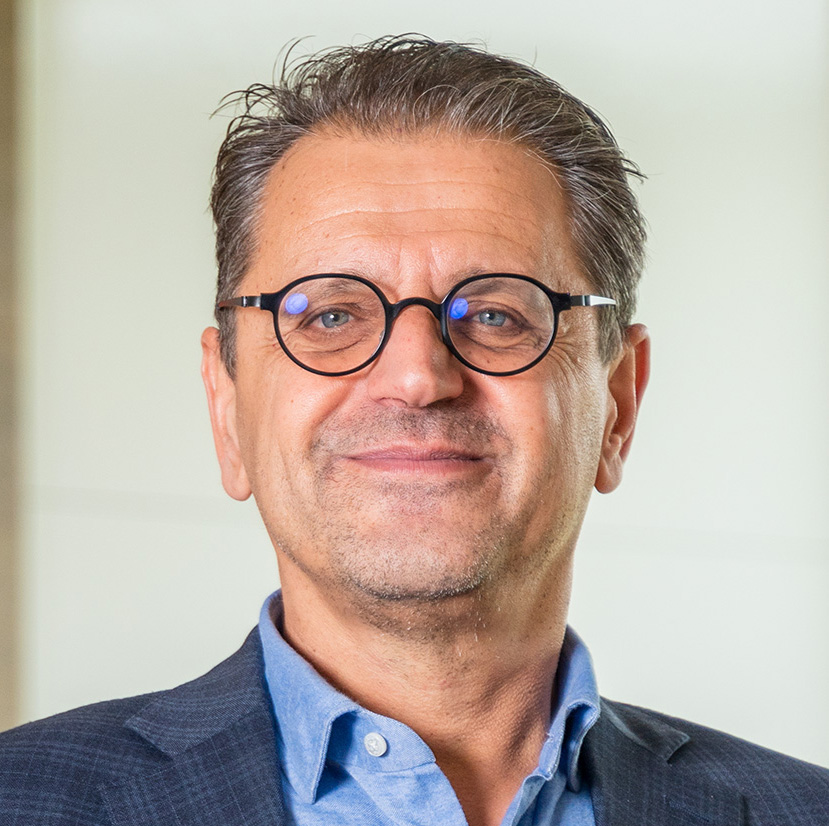 It will immediately be clear to anyone adding up the outputs of Lines 1 and 2 that 240 glass containers a minute (or 14,400 jars per hour) is not all that much – especially if both the product portfolio and demand keep on growing. Going hand in hand with space and capacity upsizing at the new premises was an expansion of the products offered, initially to include medium-hot mustard and horseradish, followed by various delicatessen and mustard sauces. The latest addition is the salad-dressing brand Mr. Lowcarb, which does not contain any sugar, fats, gluten or lactose. “That has now been on the market for 18 months but in moderate quantities, we have to admit. Production capacities have so far simply not permitted us to meet the anticipated demand,” says Franz Wunderlich. “That was one of the reasons why we urgently needed a new line.”

The new line was planned jointly by Händlmaier and Krones in 2020 and then ordered at the end of the year. Goods dispatch, which had previously been accommodated in the hall section earmarked for the new line, was re-organised by Händlmaier in-house. The machines arrived on site in early February 2021, and April saw the first jars leave the line. Since then, Händlmaier has been able to produce an additional 12,000 glass containers per hour. Compared to previous line outputs, this is an increase of over 80 per cent. The company decided to award the contract for the new line to a turnkey supplier – a first for Händlmaier – and opted for Krones. “It definitely makes sense to hand over a complete-line project to a vendor who also looks after all the interfaces involved and assumes overall responsibility. Krones did a wonderful job here across the board,” admits Franz Wunderlich.

The machines installed in the new non-returnable-glass line have been arranged to keep all options open for Händlmaier as far as filling and container dress are concerned.

The scope of supply also includes two Checkmat systems, which inspect the containers for correct placement of both closures and labels, using a 360-degree detection function for the latter. Downstream, a Variopac Pro packs the containers on trays and film-wraps the trays. For palletising, Krones installed two Modulpal Pro 1A units directly next to each other – one handling the packs coming off the new line and the second one those produced on Line 1. This simplifies the logistics involved, in that the fork-lift trucks can load the pallets of fulls at one central location for transport to the warehouse.

The biggest difference between the new line and the two old ones is the increased output. The new line has been dimensioned to process the entire portfolio of mustards, sauces and dressings at higher speeds. Händlmaier’s aim here is to minimise the number of change-overs, especially for container shapes. The most effective option is to handle the same type of jar or glass bottle for several days running – or even for an entire week. This makes for optimum efficiency levels.
In order to prepare its staff for the new line technology, Händlmaier decided to book training units with the Krones Academy. The first training sessions were held at the Academy’s training centre in Neutraubling, with detailed training provided later directly on site at Händlmaier’s premises. “So it is, of course, a huge plus that Krones is just ten kilometres away, a close neighbour, so to speak. And that goes not only for trainings but for the entire project, and now for after-sales service support as well,” explains Franz Wunderlich.

More of a large mid-tier company than a big corporation

It is not only the close proximity, however, that he sees as one of this alliance’s huge advantages. “Krones always adopts a highly professional stance – at all levels. That is really a big plus. You don’t feel you’re working with a corporation. The mindset of the Krones employees, who aren’t shy to take decisions, rather reminds me of a large mid-tier company,” says Franz Wunderlich, going on to explain what he means: “With plant construction projects, especially, there’s always a huge number of issues to consider and discuss. Taking each of these issues up to board level for a decision would entail the risk of rather not discussing many of them at all, or if so addressing them too late. Krones handled this quite nicely. We took all important decisions directly in the project team, not fussing with red tape. This is one of Krones’ big strengths, and I’m sure that’s why it all turned out so well.”

“Krones always adopts a highly professional stance. You don’t feel you’re working with a corporation. The mindset of the Krones employees, who aren’t shy to take decisions, rather reminds me of a large mid-tier company.”

Although the new line offers a substantial increase in filling capacities, it is already running in two-shift operation five days a week because demand for Händlmaier’s products is huge – and the company has quite ambitious plans for the future:
One major focus is on new products like the Mr. Lowcarb dressings, which Wunderlich intends to introduce and establish on the market on a large scale – not only in the German-speaking nations but all over Europe. “Sauces have incredible growth potential, and I think with our low-carb approach we are hitting the latest trend,” explains Franz Wunderlich.

But of course, he does not lose sight of his flagship, the sweet mustard, even though he is fully aware that it offers significantly less growth potential. “In the German-speaking nations, we’re already a strong brand. Consumers appreciate our authenticity, identifying Händlmaier with Bavaria and placing great trust in us and our products,” says the company’s boss. The sweet mustard is also exported, that’s true, “but the quantities sold abroad do not even come close to those sold in the German-speaking nations. On the international scene, consumers simply don’t have the same connection to the product. Here, sweet mustard is rather a specialty synonymous with Bavarian culinary delights.” Although – right in line with tradition – the basic recipe has not been changed, Wunderlich is all the same pondering new variants in order to appeal to an even greater number of consumers. The latest coup is a reduced-sugar version: “It tastes just as fine as the original,” he assures us. “But nowadays people are setting ever-greater store by a healthy diet. And we want to meet this demand not only with our dressings but also with our sweet mustard.”