Budweiser Budvar switches to Krones for bottles and cans

You need to accept cookies to use this functionality.
#Beer #Can #Filling #Europe

For many decades, Budweiser Budvar did not use Krones filling lines for its beers. That changed for the first time in early 2020, when the Czech brewery put its first Krones line into operation: a turnkey returnable-glass line rated at 50,000 bottles per hour. Having been satisfied with that line, the state-owned brewery has once again chosen Krones – this time installing a turnkey canning line rated at 50,000 cans per hour.

Installing a new can filling line was a top priority for the brewery’s decision-makers because cans are especially practical for export. Some countries, like South Korea, only import Budweiser in cans. But increasing at-home consumption of beer spurred by Covid-19 restrictions in the last two years has also been a boon to this packaging type, catapulting the brewery’s sales of beer in cans to nearly 500,000 hectoliters in 2021. For the sake of comparison, when the existing, smaller canning line was installed in 2012, the company was aiming for an annual output of 70,000 hectoliters.

The curious case of Budweiser and Budweiser

Beer connoisseurs know that there are actually two different Budweiser brands in the world. A legal dispute has been ongoing since 1907 between Budweiser Budvar, a Czech brewery based in České Budějovice (which translates to “Budweis”), and the American brewing company Anheuser-Busch, which has its own “Budweiser” beer brand. This is the situation right now: The American “Budweiser” can be sold under that brand name everywhere in the world except for the Czech Republic, Germany, and Austria. In these countries, “Budweiser” is Czech. And according to a ruling by the European Court of Justice, the US conglomerate cannot trademark the “Budweiser” brand in these countries. On the US and Canadian markets, on the other hand, the Czech Budweiser beer is sold under the brand “Czechvar” because Anheuser-Busch owns the “Budweiser” trademarks there.

The new canning line was installed in what was previously a warehouse for bottled beer. The process was not exactly easy since the space is divided up by pillars on a six-by-six-meter grid across the entire room. It was a challenge for Krones’ layout team, whose job it was to configure the line around the pillars, in a very tight space.

“During the installation and commissioning, we also faced a number of unusual difficulties such as the coronavirus pandemic and the war in Ukraine,” explains Dalibor Čáp, capex manager for Budweiser Budvar. “In spite of all that, all of the vendors on the project succeeded in meeting our deadline for starting filling, March 1, 2022, right down to the day. For that, we would like to extend a big ‘thank you’ to everyone involved.”

Everyone on the project succeeded in meeting our deadline for starting filling, right down to the day. 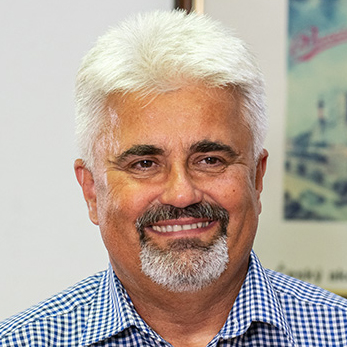 A conscious choice for a pasteurizer

“Integrating a LinaFlex tunnel pasteurizer was important to us, to ensure a shelf life of at least twelve months,” explains Dalibor Čáp. Since the existing, smaller canning line does not have a tunnel pasteurizer but rather only a flash pasteurization system, it is currently not in operation. Budweiser Budvar is now exclusively using the new Krones line. Its LinaFlex pasteurizer makes it possible to match the pasteurization units precisely to the different products and can sizes.

As it happens, this is also the first canning line in the Czech Republic to use a laser to print the fill and best-before dates on the bottom of the cans.