You need to accept cookies to use this functionality.
#SoftDrinks #Water #Filling #Packaging #Aseptic #EasternWorld

Manfred Kaiser
1:40 min.
IDS Borjomi International invested in two aseptic filling lines from Krones. These are going to be erected in plants in Russia and the Ukraine.

IDS Borjomi International is the biggest producer of mineral water in the CIS and Baltic States. For two plants in Russia and Ukraine, Krones is delivering two nearly identical aseptic PET lines, both also including a syrup room.

IDS Borjomi International intends to use the two new lines to bottle functional water products. On the production plan are flavored and antioxidant water, plant-protein water with up to four percent protein content, so called “beauty water” and sports drinks as well as carbonated products like spritzers and kombucha.

An aseptic carbonator is also installed which adds carbonation to the sterile product after it has been de-aerated and pasteurized. Future plans for the lines include the ability to process plant-based milks made from soy or oats. For this, IDS Borjomi International will use a homogenizer from Krones subsidiary HST that can treat the products at both the aseptic and non-aseptic ends of the flash pasteurizer. In addition, the line will be equipped with a VarioSpin de-aerator and a VarioStore aseptic buffer tank. 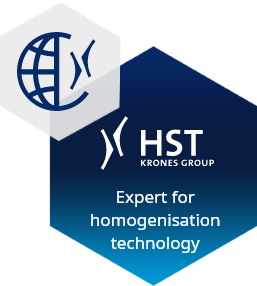